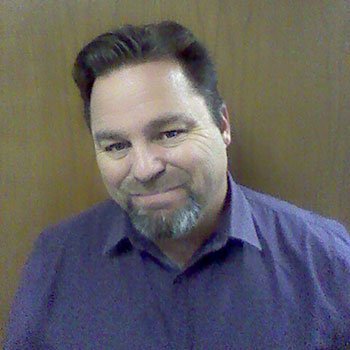 Start now with a Free Consultation

Rich J. Peters is a proud native of Phoenix, Arizona. As owner of R.J. Peters & Assoc., P.C., his firm operates less than one mile from the hospital he was born at. Rich has limited his legal practice to Family Law since 1992. He was sworn in by the State Bar of Arizona on October 25, 1992, just a few days after his 25th birthday. Rich often brags that he was the youngest lawyer in the state when he was sworn in, but this is truly just a guess.

Rich has owned R.J. Peters & Assoc. Since 2005. Prior to that he worked for two very prominent Family Law firms in Glendale and Phoenix. While not every case needs to go to Court, Rich does enjoy being in the Courtroom and considers that one of his greatest skills.

Although being born and raised in Phoenix, Rich did move around a bit during his youth, pending time in Spain, Houston, and South Africa. In 1989 he graduated from Arizona State University with a Bachelor’s Degree from the College of Business. In 1992 he graduated from the University of Arkansas with a Juris Doctor. He immediately returned home to Phoenix after law school.

Four of Rich’s five children have graduated from Arizona Universities, and his youngest graduated in May 2020. He and his Wife Jennifer enjoy their time traveling and boating.

We had a great experience with RJ Peters. They helped us with our wills and it was a much easier process than what we had expected.
Laura O.
Appreciated are people that say what they mean and mean what they say. Our experience with this firm was straightforward and knowledgeable. I would recommend to anyone I care about !
Joy M.
All around top quality professional service. Everyone from the office staff to my attorney were kind, knowledgable and caring. I was informed step by step of how my case would go and what the cost would be with no surprises. If you are looking for a divorce attorney you can find the…
Phil M.