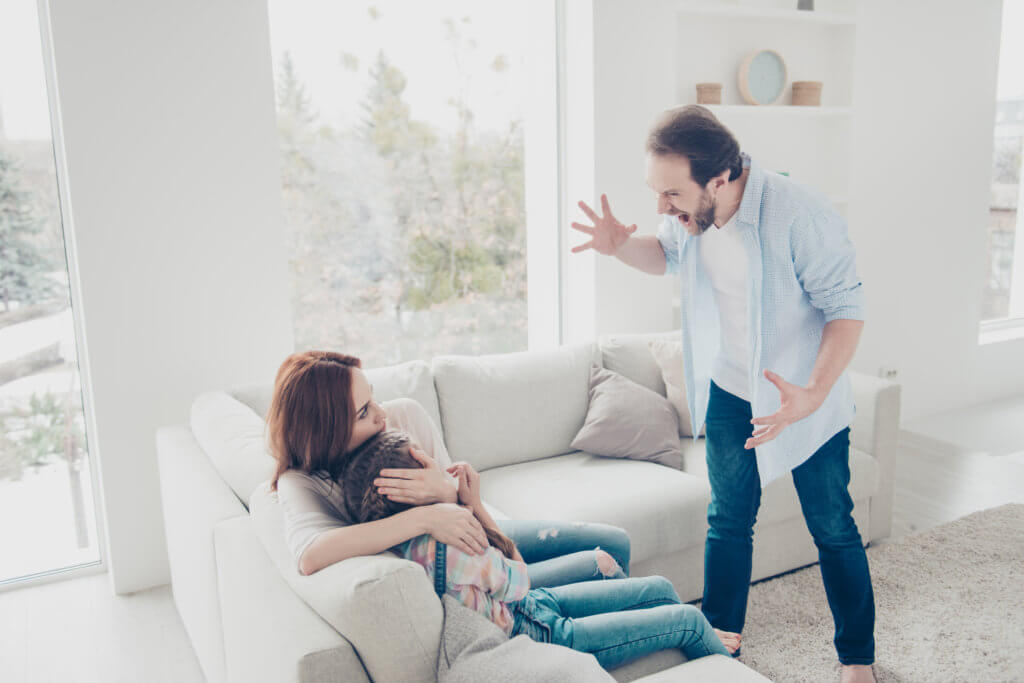 Can my daughter decide not to visit her father due to his temper?

My daughter absolutely hates going to her fathers because he always has a temper and hits walls. She’s to the point where she cringes or gets scared when her phone rings thinking it’s him and she’s only 9! What are my options to not force her to go, if I have any?

Do not just allow her to stop going. That can have significant repercussions. No children just get to “decide” not to go.

I have had this exact case before. When Father has anger management issues, they likely have been shown elsewhere, towards others also. Maybe some prior landlord (or this one if he rents) has had to patch holes. maybe the police have been called to this house or on this Father elsewhere. My theory in the other case was
* So far he is only hitting walls….. when will it be his daughter.
* Her seeing this example of how a man acts is significantly contrary to her long term development;
* Fear is not something a 9 year old should have to live with.

If you believe your daughter may be harmed by Father, then you can and should emergency orders. Otherwise you can and should seek a Modification of Father’s Parenting Time, and perhaps a Modification of Legal Decision Making, through a standard Petition. We MAY want your daughter to talk to a counselor of some sort to confirm these behaviors. But, that decision should not be taken lightly.

The manner of seeking change is through a Petition to Modify. You can modify Legal Decision Making upon a showing of “the failure of the other parent to comply with the provisions of the order”, or other significant and continuing changes. The court may modify parenting time rights whenever modification would serve the best interest of the child, “but the court shall not restrict a parent’s parenting time rights unless it finds that the parenting time would endanger seriously the child’s physical, mental, moral or emotional health”.