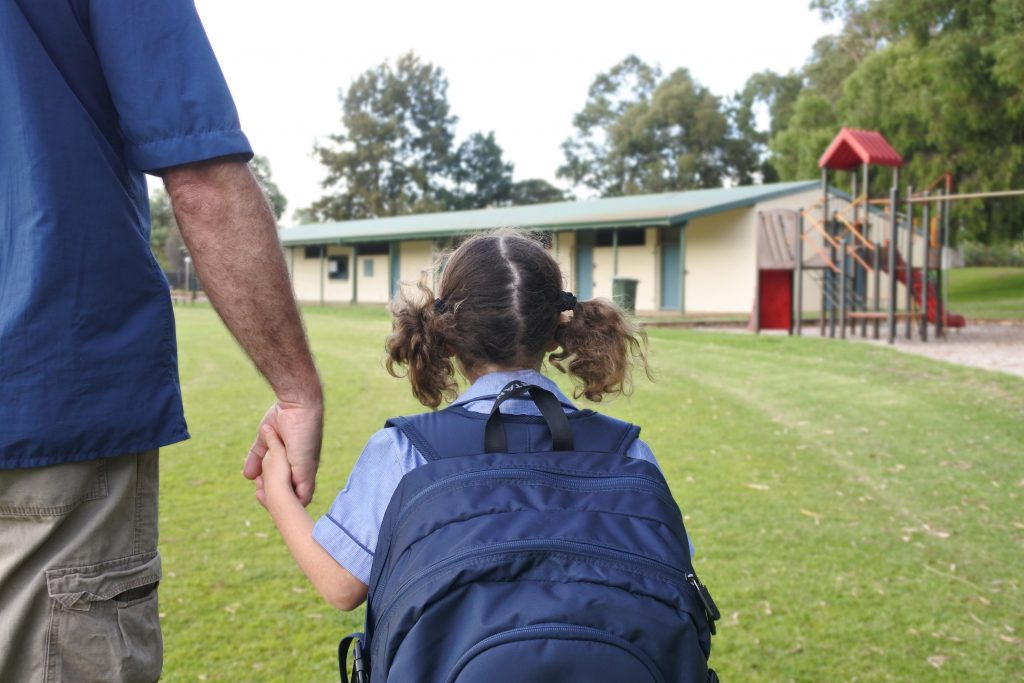 Can school release a child to the father?

Can school release a child to the father if he has no custody nor unsupervised visitation rights through court order?

School says they can release child, age 8, to father, but court papers say father only gets one hour of court approved supervised visit a week after completion of a hair follicle test and such visit is scheduled in advance. Further, the father has had no contact for 7 years and we do not want his name listed as father in school records to prevent the child from accidentally being released to him. School is refusing to remove his name and says he has a right to pick up the child. Mother has full custody and legal decision making.

I expect that the school district has very specific written policies regarding the release of all children.  I would expect those policies include a promise that no school will release any child to any unauthorized individual.  Have they been made aware of the court order?   I would think that it is quite inappropriate for them to release the child as described above if they have been made aware of the court order.

Please know that you also have remedies against Father, who is violating the court order.  One option would be to involve law enforcement, although I would advise that you consider that decision very carefully before doing so, with the advice of an experienced attorney.

A qualified and experienced family law attorney can of course assist you in considering your options and then getting where you need to be. Most of us offer free, ½ hour consultations, in which your matter can be discussed in detail. That would be a great opportunity to discuss the specifics of your matter and develop a plan.  I would encourage you to quickly schedule this free consultation.